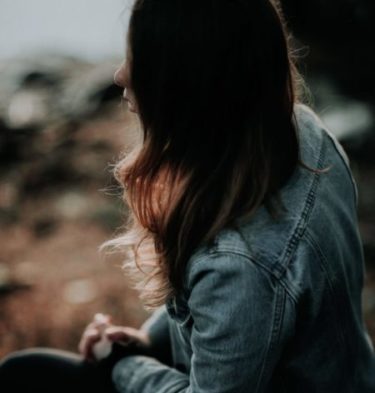 How many of us have been in a relationship that we didn’t realize was verbally abusive until it was almost too late? How many of us found it hard, and sometimes almost impossible, to admit there was abuse, and found it even harder to leave?

He seemed so confident. When he bragged about himself, somehow he was able to do it in a charming way. He didn’t follow the rules, which seemed refreshing, because I was so tired of people who said they were following rules, when they were not.

He told me that he would make my life great, and I believed him. I was certain he was the answer to all my problems, that he would fix everything that wasn’t working in my life, and I decided to let him.

I didn’t realize what a dangerous decision I had made.

The relationship started out well. After all, he had swept me off my feet, and I was enthralled. But almost immediately after the honeymoon, things changed.

Still, I did my best to make our relationship work. When he was rude, I assumed he had just had a bad day. When he wouldn’t tolerate any disagreements, I assumed he didn’t understand what I meant. When he lied, I assumed he was only joking.

When I began to feel isolated from family and friends, he told me it was no big deal, because our lives were the only ones that mattered anyway. Then, I began to notice any mistakes he made were somehow always my fault.

When he insisted that others were out to get him, I stopped listening to friends who worried about my safety and wanted me to leave. How could I do that?  If I left, I would have to change what I had believed about him, and I wanted to be loyal. If I left I would have to acknowledge that I had made a heartbreaking mistake, and I desperately wanted that not to be the case.

Leaving was one of the hardest things I’d ever done.

I had to admit that what looked like confidence was merely bullying. I had to acknowledge that though some rules needed changing, most were created to protect me and the world around me. Hardest of all was asking, what would it say about me if I stayed?

I began to understand that my loyalty was first to myself, my safety, and my integrity. It took time to realize there’s nothing wrong with making mistakes, as long as I was willing to learn from them, and what I learned would help me create a new future with a different kind of partner, free from abuse, and filled with hope, freedom and peace.

"As I go through this season of such great fear and loss, I am holding on to the lifeline of hope you have provided."
- Carol F.
"This was incredible…thank you!"
- KN
"I believe Barb Greenberg saved my life. I hope many more women who are in a place of loss and suffering will find their way to her and Rediscovering U."
- UG