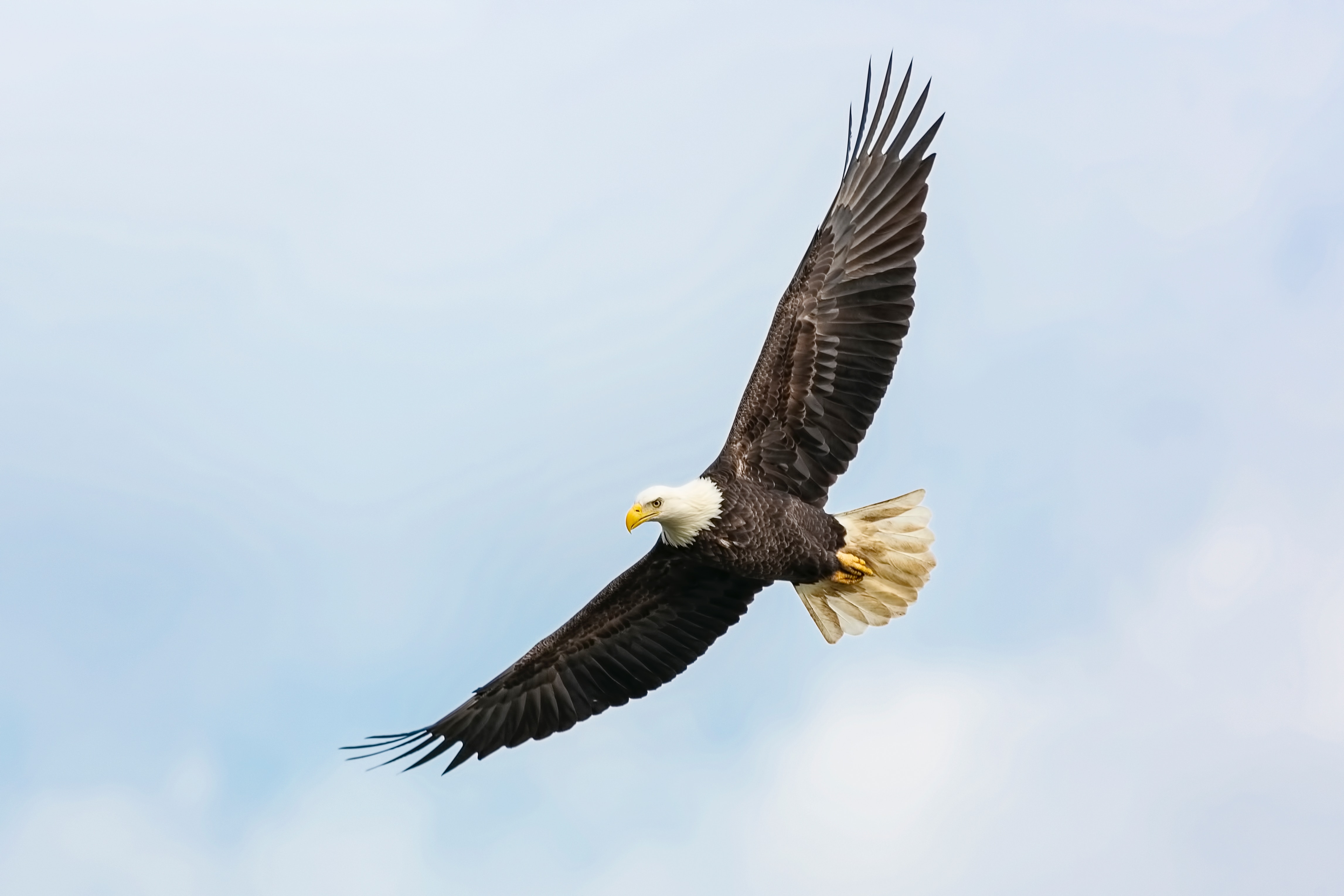 Last month my husband and I and my siblings took a motorcycle ride up to Duluth and the North Shore for a short vacation.

On the very first day we saw the most incredible site while traveling on of the winding back roads heading to Superior. We had just come around the bend and were met by several eagles circling above us enjoying the beautiful fall day. Without warning an eagle swooped in front of us and continued it’s flight. Even with its size it seem to float as it flew away.

Continuing up the road, we encountered another eagle that flew from a tree branch about fifteen feet off the ground and ended up right in front of our bike. It was an immature eagle that had not grown into his full color but was majestic all the same. He had taken the lead ahead of us, gliding there for a good forty-five seconds to a minute, in full wing span, hovering right at eye level, as if it was showing us the way. So close, it felt like my husband could have reached out and touched it.

We were so taken back by all the excitement that none of us reached for our phones that were tucked in our backpacks or jackets so we could take a picture. That would have been an amazing photograph to have showed our friends or posted on Facebook.

And just as suddenly as the eagle had come to us, he began to climb into the sky. Almost as if it was telling us that he was satisfied that he had showed us the way and we could continue our ride. We glanced at each other and revealed in what we had just seen. We smiled, we laughed. We shook our heads in disbelief on how lucky we had been to be there at just the right time.

Later on that day, I was feeling upset with myself that I had missed the photo opportunity by not reaching for my phone. Then it came to me. The eagle had guided me that morning. It had told me to sit back, be swept up in the moment, and not worry about what I should have or could have done.

In our hurried lives, we need to take time to step back and take in the good things life has for us. Sometimes it’s hard to figure out exactly what that is, especially when life feels so chaotic. But it’s there, just waiting for us.

Had I fumbled for my phone to take a picture, I would have missed the experience, a chance to interact with my family and to share what we had seen at dinner that night. Instead I had taken a picture in my mind that would always remain there. A paper photograph would have never been enough.

"So glad I came!"
- JN
"Talking to people who are in my situation was helpful…pointers on moving forward were great, because that is what I’m doing now."
- NL
"This [class] was great, and the speaker was excellent. Very insightful and such a good message of empowerment and hope."
- NS