An Order of Protection is a Powerful Weapon Against Domestic Abuse 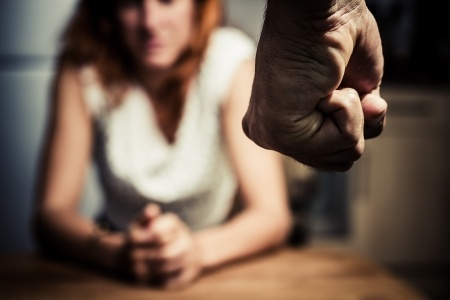 Spousal abuse is an all too common side-effect of a failing marriage. When a marriages begin to spiral out of control, one spouse will often result to physically, emotionally, or sexually abusing the other in a last-ditch attempt to antagonize, intimidate and control them.

According to the National Abuse Hotline, an average of 24 people in the United States, both men and women, are the victim of physical assault, stalking, or rape by an intimate partner – such as a spouse or significant other – every minute.

This is a national epidemic, and Minnesota is not immune. Minnesota courts ruled in 27,288 cases of domestic violence in the state in 2011, according to statistics from the National Coalition against Domestic Violence (NCADV).

Unfortunately, domestic violence carries considerable emotional baggage. Far too many victims feel a deep sense of shame, or the mistaken assumption that they somehow ‘deserve’ the abuse. The hard reality, however, is that no one deserves to be abused, and no one – husband, wife, lover, or family member – has the right to abuse another person at any time, in any form. No one deserves to be abused.

This stigma is so great that an estimated 80% of domestic violence incidents in Minnesota in 2011 are believed to have gone unreported, according to the NCADV.

In Minnesota, you can protect yourself against your abuser by appearing before a judge and requesting a special restraining order known as an order for protection.

What is an order of protection? Basically, it is a court order that demands under penalty of law that the alleged abuser will cease all abusive actions; will remove themselves from the home or property of the person seeking the protective order and not approach them at any time or at any place a distance closer than what is set by the restraining order; and that the alleged abuser refrain from any and all contact or attempted contact of the alleged victim in any form, directly or through a third-party.

Ex parte orders of protection are considered an emergency order that is granted due to the immediate risk of harm in the form of continued domestic abuse to the person requesting the order. It is called ex parte because the person you are seeking the order against is normally not notified of or present at the hearing in which the order is considered. The process simply moves too fast, and the order is granted solely on evidence and testimony submitted by the person requesting the order. Such orders generally last for two years.

A full order of protection is one which requires a full court hearing in which both parties – the accused and the accuser – are allowed to present testimony and evidence. These orders normally last for two years but are frequently issued for four. In addition, if the accused abuser has a record of domestic abuse, particularly one involving the same alleged victim, the order may be extended to as long as 50 years.

If you are a victim of domestic abuse, it is vitally important that you take all possible steps to protect yourself.

If you think a domestic restraining order is right for you, contact us today to put our experienced legal team to work for you.

"Your work means so much to me. Women have a better shot at life due to you."
- Sherri M.
"I am bubbling over with sincere gratitude…you have improved the view for all of us women who, otherwise, would have been stuck in darkness."
- ME
"Thanks for all you do. It is making a huge difference for me in my new journey. "
- Toni R.