The Divorce that took a decade to become final – Pain is the question, forgiveness is the answer. 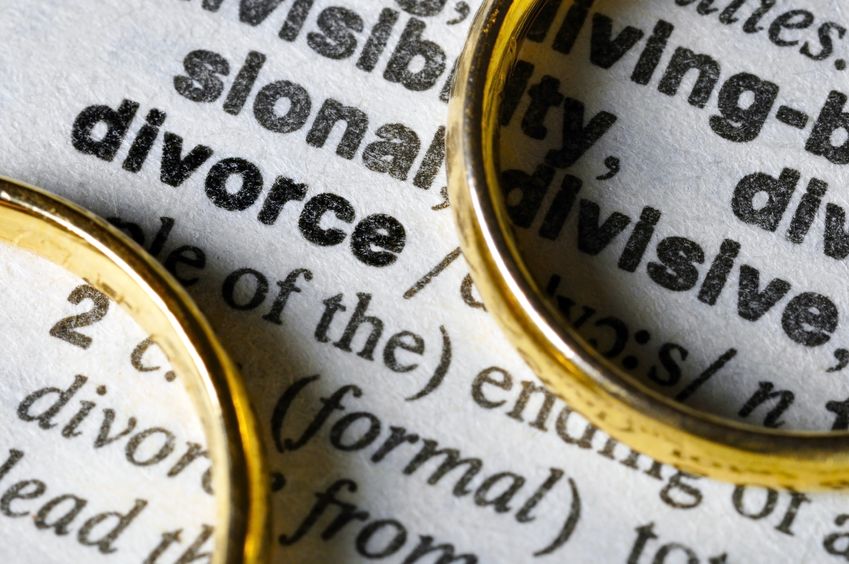 The Divorce that took 10 years to become final.

Harder still I think is to forgive a spouse. They own more real estate in your heart.

As of this year, I will be divorced as long as I was married, 13 years, 26 years in total to go from what I thought was ‘HappilyEver After’ to a place where I am single-again and at peace in my life.

I say it took 10 years to become final because getting that divorce decree did not mean it was really final. It just meant that legally we were not married; it would take another 10 years for me to be at peace.

When we married 26 years ago we never thought it would end like this…who does? Although statistics show that half of all marriages end in divorce, we were the exception; we were going to defy the averages. Well, we all know what is said about pride going before the fall, and fall we did and we hit hard.

Ours was a very contentious divorce; there was a lot of mudslinging and hurtful accusations as we set lawyer against lawyer to fight our battles. The lawyers came out as the ultimate winners in our personal War of the Roses. It was so contentious in fact that we were court ordered to correspond via written communication only.

In the end, we split household ‘stuff’ (it’s amazing how much that macramé planter and $12 toaster will cost you when the dust settles) and we split our custody arrangement giving us both half of everything and all of nothing.

Living in the past, I would allow myself to fester over the details, keeping the wounds open, voluntarily pouring salt into them so that I could maintain my victim status. I never missed an opportunity to ‘share’ the many ways he did me wrong and how it ‘still’ hurt. For all my friends who listened to my endless whining, I am eternally remorseful and quite embarrassed. For 10 years I kept this up. There was kind of a self-righteous, vindictive,  self-absorbed comfort in it I guess.

Then, something happened that woke me up to the fact that I had to stop. A close friend of mine passed away suddenly, and I realized truly that life is short. We don’t have all the time in the world to make amends. I never wanted to get to the end of my life with bitterness in my heart – I knew I had to forgive him and forgive me.

But to forgive, oh…it was so hard. It meant that I would have to stop being the victim and to own my part in the break down of our marriage. I struggled with the concept for a long while. I (my EGO) did not want to forgive, holding my Ex responsible tasted so good. I had grown accustom to over indulging myself in the woe-is-me, hate fest and old habits are hard to break.

My first prayer was “Lord, I can’t do it. You will have todo it through me. You will have to forgive him first so that I can forgive him.” God replied, “I already have.”
Wow, that got me. I realized this truth that God has already forgiven each of us far greater things than what I had to forgive.

My second prayer, and the 365 prayers that followed were for my ex husband. Yes, a year I prayed for him. They started selfishly as I prayed for him to get what was coming to him and that God would change him. But, as I prayed it was me whom God changed. Then my prayers began to change;I began to pray blessings on him. I found that I could no longer bless him and curse him at the same time. So, I prayed for a year that God would bless him and that God would allow us to at least become friendly. It had been 10 years of written correspondence so I had no idea how God would work out the details of us being friendly, but I do believe in miracles.

Now miracles are funny things, they can come in the strangest of packages. This miracle came in the package of a fender bender my daughter had the day before Thanksgiving. This incident caused a chain reaction that led to my ex husband fixing the car in my heated garage. God also has a sense of humor, and it often includes a period of discomfort while we merge from the cocoon of transformation.

Those weeks of him fixing the car allowed for us to talk,for the first time in a decade and I found that both of us were in a new place.We were both ready to put down the weapons of mass destruction and peacefully dis-arm. Time has a way of filing off the rough edges.

Since then, we have had two joint graduation parties, together we have moved kids back and forth to dorms and have talked at length about the kids, our parental concerns and our hopes for their futures. Now that the kids are in college, we are finally co-parenting. Of course, there are still topics that are ‘off-limits’; it is that wisdom that keeps us cordial. We both agree to disagree in order to keep the peace.

Forgiveness never happens overnight, it is a process. And, I have found that I have to keep forgiving as the past rears its ugly head from time to time, like whenever my Ex says or does something stupid. So I practice forgiveness in small doses one day at a time or moment-by-moment if needs be.

My encouragement is that if there is someone in your life that you have not forgiven; consider doing it sooner than later. It is an expensive and heavy load to carry around until you do. I have found that when I am bitter, I am the one in prison. The other person is just living life, and I am the one suffering. To forgive is to walk out of prison. You hold the keys,it’s time to unlock the door and let your heart soar to new heights,weightless.

I love the words of Mark Twain – It reminds me that though we are crushed we still hold a beautiful essence within waiting to be released.
“Forgiveness is the fragrance that the violet sheds on the heel that has crushed it.”

"You showed me I can be someone with confidence, and how important it is to get to know yourself."
- RB
"All the women I met were so kind and genuine."
- CA
"This was fabulous! I’m glad I came to listen and learn and to meet new people."
- CH