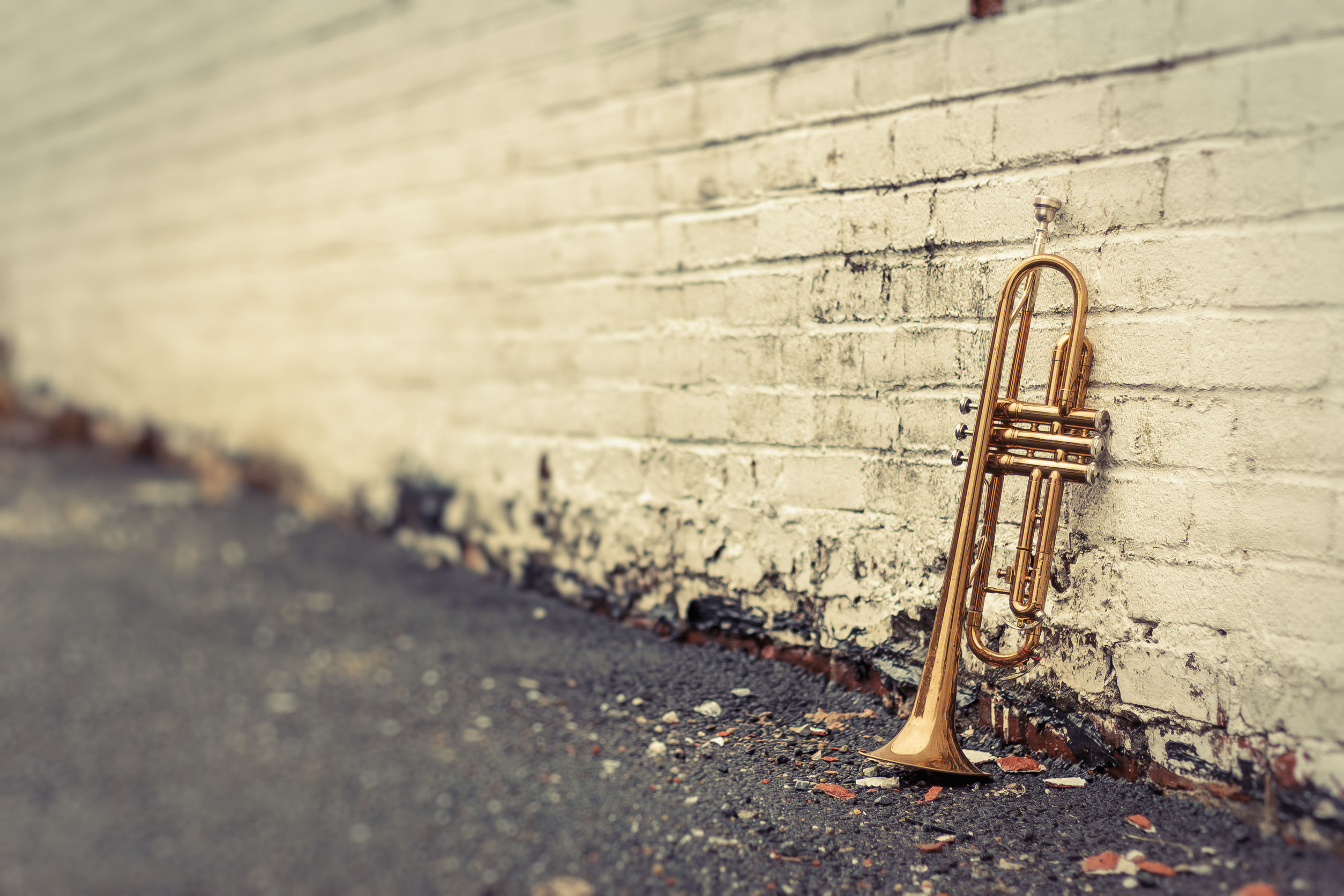 The following is a guest post by Peg Cowart.

There it lay on the stage floor. My trumpet, my friend of 46 years. How could I have been so careless with something so precious?

I had picked it up incorrectly and it had fallen hard onto the floor, leaving the mouthpiece jammed into the receiver pipe. No matter how much I tried, I couldn’t remove it. Of course, I was so embarrassed and made light of the situation, laughing it off like it was no big deal. But it was a big deal!

Over the years, I had been careless with my trumpet. Dented and tarnished, yet I was still able to breathe through it and the music came out. My trumpet had been through a lot.

While in high school, playing trumpet in band had always been the highlight of my school day. Practicing for hours in my room made the bad days easier to get through and gave me a way out of dealing with life during high school. I was always considered to be sort of outcast, not having many friends, being teased mercilessly for one thig or another. Music was a protection device.

Turns out the bad days were depression. Unfortunately, I didn’t know what it was until my late twenties, as depression hadn’t been well known back then. No matter how much I laughed it off, it was still there. Looking at the trumpet laying there I realized at that moment, I too had been dented and tarnished, broken and stuck. Yet I still functioned, even though it took everything I had to do so.

I was fortunate enough to be referred to an instrument doctor who was able to restore my trumpet so I could use it without having to zip tie it together. He removed the mouthpiece, removed the dents, straightened out the lead pipe and soldered the braces. It was returned to me in like-new condition. Though still tarnished, I could breathe music through it again.

Like the doctor for my instrument through counseling and medication I was restored to almost like-new condition. And though the depression was still there I could find my way through a day, function with some certainty and keep working on tooting my own horn!

"I feel hope about the future when I come away from Rediscovering U classes."
- Deborah B.
"So glad I came!"
- JN
"This was fabulous! I’m glad I came to listen and learn and to meet new people."
- CH