Divorce Can Be a Hot Mess!

My house was doing its best to keep me cool, but even with air conditioning the heat was overwhelming it. I couldn’t move and felt velcroed to my chair. I had trouble concentrating and considered taking a nap to try and sleep through the worst of the heat.

I almost melted when I took the garbage out and wondered if I should have let it pile up in the kitchen until it smelled really bad.

Sleeping was a “challenge.” Sometimes I really don’t like that word! As my body tossed and turned, so did my thoughts. It was like a really bad amusement park ride.

I did my best to stay hydrated, drinking lots of water, and was encouraged by weather reports that the temperature would cool down by the end of the next week.

Something felt so familiar about this scenario. Could it be because divorce can be a hot mess, too!

You feel you can’t move, let alone concentrate. You fantasize about crawling into bed and curling up in a ball under the covers to avoid the 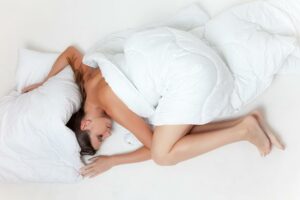 entire thing (Maybe you have done this more than once!) And who of us hasn’t had sleepless nights?

You can’t drag pain and grief out of your life and into a garbage can at the curb, hoping they will magically be taken away. You can “recycle” them. Acknowledging and honoring your emotions gives them space to release and transform into something of value. It may take time (and a good therapist), but they will release, leaving behind a sense of peace.

Part of divorce self-care includes hydrating and nourishing your courage, your resilience, and your voice, so when the hot mess of divorce has passed, they can support you as you move forward.

Next week the high temperature in my area will be 85 degrees with a 50 percent chance rain…aahhhh….wonderful!

FOUNDER OF REDISCOVERING U,

SPEAKER, AND AN AWARD WINNER AUTHOR.

"You showed me I can be someone with confidence, and how important it is to get to know yourself."
- RB
"What you are doing gives a new field for so many to start growing in a new land."
- JJ
"This was incredible…thank you!"
- KN